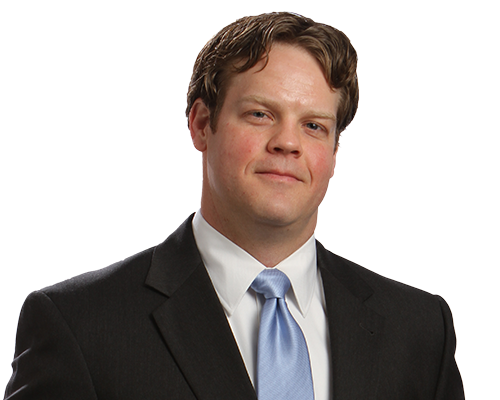 Ed Marvin is an associate with Gunn, Lee, & Cave, P.C. Mr. Marvin assists clients in areas related to intellectual property, as well as other areas of law. He has experience litigating patents, copyrights, and other civil matters, both at the federal court and state court levels.

In addition, he drafts patent applications for a variety of technologies, such as devices for the production of alternative energy resources, piping systems, pharmaceutical compositions, and even musical instruments. Outside of patent prosecution, he advises clients concerning intellectual property licensing and other transactional issues, as well as securing trademark and copyright protection. His practice also includes employment-related matters such as non-compete agreements and trade secret protection.

Mr. Marvin graduated from St. Mary's University School of Law in 2006. While in law school, he served as a staff writer and editorial board member for the St. Mary's Law Review. During his third year, Mr. Marvin was selected as the inaugural Martin D. Beirne Editors' Excellence Award winner, which is the highest award given by the Journal. In addition, he was a member of the St. Mary's Technology & Intellectual Property Association and served as the organization's president during his third year.

Prior to law school, Mr. Marvin worked as an environmental engineer. His work involved the installation and calibration of various types of remediation systems for groundwater cleanup, as well as on-site environmental assessments. During this time, he regularly oversaw the installation of groundwater monitoring wells and recovery wells. His experience in this capacity has been especially helpful while drafting patent applications directed to piping systems.

Mr. Marvin also holds a biomedical engineering degree from Texas A&M University, where his curriculum focused on both the mechanical and electrical arts as they relate to the human body. The curriculum exposed him to a number of different engineering aspects such as data acquisition and signal processing, electrical and biomechanical medical devices, material composition, and optics. His senior design projects included addressing acoustic issues on the Zvezda Service Module component of the International Space Station and designing and overhead sensor for the blind.

In his free time, Mr. Marvin, his wife Sally, and their bulldog can be found restoring their house which was built in 1929. He is especially skilled at the demolition work and has found that rebuilding presents more of a challenge. He hopes to someday return to the activities he previously enjoyed in his free time such as golf, fishing, snow skiing, watching sports, and other activities. In the meantime, however, he appreciates learning new skills in the construction trade.